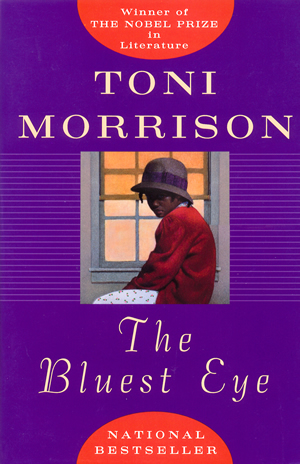 When I met Toni Morrison, she had a big Afro and two toddlers, the cutest little boys, who appeared as print media models to supplement her income as an editor at a textbook publishing company.

Claude Brown introduced me to Toni, who had been his professor at Howard University. She was living in Queens, a single mother in a little house under the jet-landing lane at JFK Airport. When we went out to visit on Sundays for talking and tea, the entire house would shake and our little cups and saucers rattled every time a plane landed.

One Sunday Toni said to me, “Hey I’ve got this manuscript, a novel I’ve been working on.” This was before computers or copy machines, so what she gave me was an original manuscript typed on thin white paper. Later I found out she had shown it to many other editors at publishing companies and they had all turned it down.

I read it straight through, and the next day began to persuade my employer Holt, Rinehart, and Winston, then a division of CBS, to give Toni a contract with a small advance. A few months later her first novel, The Bluest Eye, was scheduled for publication.

My role in discovering, editing, and publishing The Bluest Eye was to be a friend, to open the door and let her in, to appreciate her, encourage and support her, to be her champion and advocate.

Toni’s manuscript was beautiful and lean. She knew how to use language and to write a story that grabbed you by the throat. This was long before she became the Nobel Prize Winning Literary Diva of the Oprah Winfrey Show, so I made quite a few suggestions regarding the narrative voice, the order of scenes, the characterization, suggestions and requests that probably seem impudent now, given the ultimate success of the book.

But Toni listened carefully…respectfully… and was, I believe, happy to be challenged on a serious level by a creative partner and business ally.

She made a few changes. But basically Toni had the confidence and certainty that she had written it pretty much exactly the way she wanted and the best she could. She didn’t need a lot of line editing or cutting, she knew what she was doing then and now.