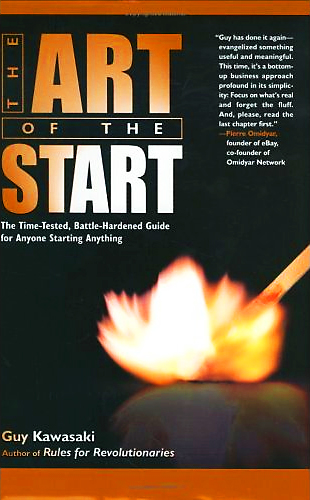 Like many authors, Guy Kawasaki has struggled with his publishers to get the cover designs he wants for his books. But unlike anyone else before him, he decided to take matters into his own hands and hold an online contest to recruit and select the best possible jacket for his book The Art of the Start.

The response was phenomenal, with hundreds of submissions from graphic artists and design firms all over the country.

Of course it helped to be Guy Kawasaki, whose name and website come up near the top of a Google search for the just the word “guy”. That’s out of 672,000,000, folks.

This Guy is famous for being a pioneer and entrepreneur in tech promotions, start-ups, and publishing for many years. He was an early evangelist for the Macintosh to software and hardware developers, and later an Apple Fellow, whose tour of duty was to maintain and rejuvenate the Macintosh Cult. He’s now a Managing Director of Garage Technology Ventures, an early-stage venture capital firm. 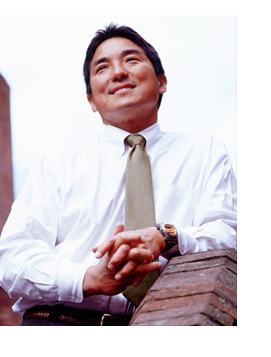 He’s written eight books, including Rules for Revolutionaries, How to Drive Your Competition Crazy, Selling the Dream, and most recently The Art of the Start: The Time-Tested Battle-Hardened Guide for Anyone Starting Anything, a book that Guy says “reflects my experience as an evangelist, entrepreneur, investment banker, and venture capitalist.” The book has sold 68,000*, and continues to sell more than 200 copies a week, four years after it was published.

We can all take a lesson from his success at engaging the community in creating a better book with a built-in market, whether it’s through a contest like this, open source participation as the book is being written, or other special outreach techniques as befits your unique creation.

I spoke to Guy a few days ago to ask about his experience with the online jacket design contest:

Why did you take this route, rather than go through usual process of working with the publisher’s art director?

My publisher showed me six designs they had commissioned and I didn’t much like any of them, so I decided to run my own cover design contest with friends from iStockphoto and was lucky to get hundreds of submissions, finally boiling it down to three finalists.

Who were the judges?

How did your publisher feel about letting you run the show?

They were OK with it, especially when they saw the three finalists. They even upped the prize from the original $1000 Canon digital camera to a big fee for the winning designer, Adam Tucker, at their usual rate, which they had not agreed to at first.

Do you recommend this approach for other authors?

Sure. Not every author has the name recognition on the internet that I do, or would necessarily attract as many contestants on the same level. But why not? Anyone can give it a shot and create some buzz around their book.

What were the benefits for you?

It inspired a whole lot of entries and a lot of publicity for the book in the community. We had so many good covers that we not only used the winner on the front but included 85 other versions on the inside cover of the book, which was a first. So everyone is real happy about it, and it will be coming out next in paperback.

* Book sales figures are from Neilsen BookScan, which collects retail sales data for the book industry.

Update on Adam Tucker, winner of Guy’s cover contest. We thought his career as a book jacket designer might have taken off, given the visibility of his winning cover, but it took a little sleuthing to find him and here’s why: “I’m still working as a freelancer, but I’m also a part-time seminary student these days,” he wrote, responding eventually to a Facebook message. “So, I have my clients I generally work for, and the occasional new one due to word-of-mouth. All that to say, I don’t even have a website :-)”

Welcome readers.  Let me introduce myself and offer up some credentials for the opinions, perspectives and insights in this blog. In nearly … END_OF_DOCUMENT_TOKEN_TO_BE_REPLACED