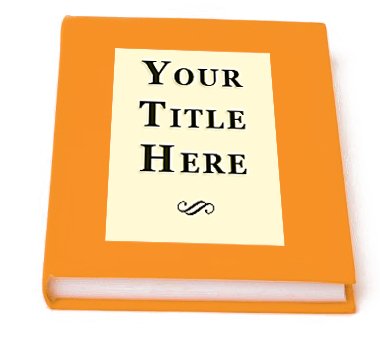 Editors pray for the perfect book title: a tight high-concept combination of words that crystallizes the content and intention of the work. A title so scintillating and irresistible that millions of readers want to run out and buy this book immediately.

Think of Chicken Soup for the Soul, or Men are from Mars, Women are from Venus, or Gone with the Wind, or Jaws. These book titles resonated and were ultimately absorbed into the fabric of American culture.

Back to the drawing board

But more often than not, the title we publishers see on a new proposal or manuscript is uninspired or confusing, so it’s back to the drawing board for the author, editor, and often quite a large group of interested parties weighing in, including marketing and publicity pundits, sales people, even key account buyers from Amazon or Barnes & Noble.

Sometimes a stroke of creative genius can turn a ho-hum title into one that sings. The great editor Maxwell Perkins changed “Under the Red White and Blue” to The Great Gatsby. Thomas Pynchon’s “Mindless Pleasures” became Gravity’s Rainbow.

Unforeseen circumstances can force a high-drama title change at the last minute.

Joseph Heller’s brilliant Catch 22 was initially called “Catch 18” until Leon Uris unexpectedly beat him to the punch with Mila 18. I happened to be there at the time, in 1962, a new editorial assistant to the legendary Bob Gottlieb, Heller’s editor at Simon & Schuster. It was my first exposure to the behind the scenes anxious back-and-forth that frequently occurs over nailing down the perfect book title.

I’ve since suffered over many books, struggling to transform a mundane working title into something memorable. A manuscript originally titled “A History of Indian Tribes in North America” became Bury My Heart at Wounded Knee. “Harlem Memories” became Manchild in the Promised Land.

In some cases you get the perfect title before the book itself is even written. My wife, Cheryl Rinzler, came up with the title Raising Baby Green that defined both the content and the market, inspiring the book we commissioned by Dr. Alan Greene (what a coincidence), which recently won the Nautilus Award for Best Parenting Book of 2008.

On other occasions, I’ve experienced an agonizing process of painful compromises with too many cooks and ambiguous results. I wound up sort of liking the title for Irv Yalom’s latest book Staring at the Sun: Overcoming the Terror of Death. But I still wish we had called it “Wild Dogs Barking in the Cellar” a terrific image suggested by Irv’s agent Sandy Dijkstra that no one could quite understand but sounded perfect to me. Oh well.

I’ve also come up with some real corkers. A perfectly fine and decent book we published about how men and women regress to the “fight or flight” primitive survival instinct of the brain stem amygdala, inspired me to fight for the title Reptiles in Love: Ending Destructive Fights and Evolving Toward More Loving Relationships by Don Ferguson PhD.

To compound the difficulties created by this mouthful, we put a gorgeous but terrifying illustration of an evil looking lizard biting the head of a flamingly colorful snake on the front of the book. Wow. I’m told that buyers hid it in a plain brown paper bag before leaving the bookstore.

Titling, as with so much else in the book business, is an art, not a science.

I’ll be posting occasionally about the individual components of a published book, each of which requires care and attention. We’ll look at the special issues and strategic publishing decisions relating to elements such as the cover art, the foreword, the flap copy, the author photo and others.

You can find these posts in the blog category Parts of a Book. Please weigh in with any questions.

Welcome readers.  Let me introduce myself and offer up some credentials for the opinions, perspectives and insights in this blog. In nearly … END_OF_DOCUMENT_TOKEN_TO_BE_REPLACED