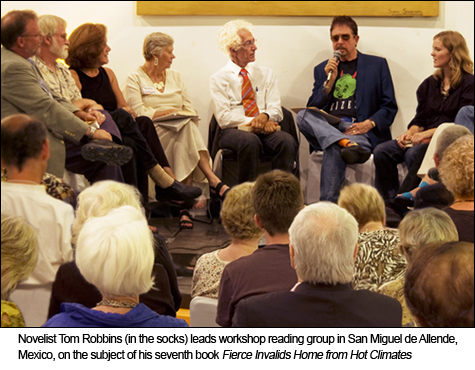 Stop worrying about getting published and concentrate on getting better.

That was some of the sage advice the celebrated novelist offered writers at a literary seminar last week in San Miguel de Allende, Mexico.

“Focus on the work itself and not on what may or may not eventually happen to it,” Robbins said. “If the work is good enough, it’ll take care of itself.”

The event was a rare opportunity for writers to meet face-to-face with the usually reclusive author of the classics Even Cowgirls Get the Blues and Skinny Legs and All. 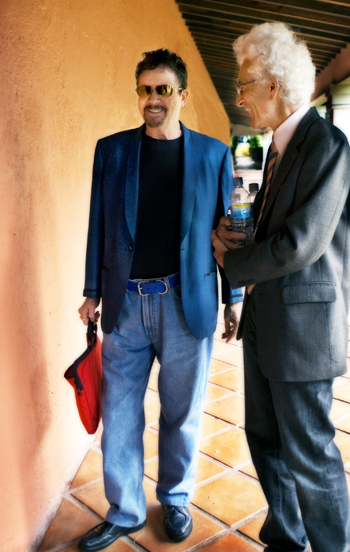 Tom and I worked together in the early 1980’s on his novel Jitterbug Perfume and I persuaded him to visit this beautiful hilly cobblestoned Spanish colonial town 170 miles northwest of Mexico City.

We’re both over 65 now, but I was delighted to find Tom still full of devilish charm, with a keen eye for the ladies.

“Boom dada, Boom dada,” he chanted happily, observing local women sashaying down the sidewalks as we drove through town.

Candid about his own creative process

In an on-stage interview, several hundred writers heard Tom describe how he started the book with only a few core ideas and some characters he wanted to explore: a charming CIA agent, a tribe of Andean Indians who strapped boards on their babies heads to shape them into pyramids, an adventurer who hitched a ride across the desert with a band of Bedouins who refused to stop and explore the alluring smell of oranges emanating from a walled oasis.

Robbins completed the book 39 months later, but it was published without a definitive ending.

“I didn’t want the book to end in a climactic resolution,” Robbins said. “It’s a never-ending story. You have to get the raft out of the water but you can still hear the next rapids down stream.”

Robbins was exceptionally candid about his own creative process, comparing his work to down-hill skiing or river-rafting without a life jacket. He doesn’t start out with an outline. “But I have some tools in my backpack to draw on before I just let go and see where the gravity takes me.” 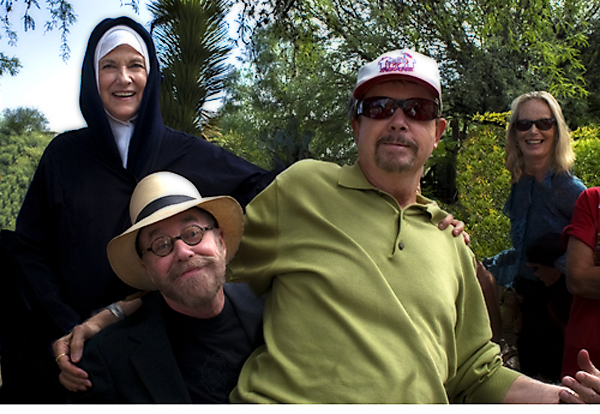 Irony and metaphor are the key tools in Robbins’ kit. He says he rewrites a passage 40 times and I believe him.You read Tom Robbins for his incredibly funny, surprising and inspiring language, especially his metaphors, which go beyond communication to illumination, to a vision of truth that transcends realism.

“Metaphors have the capacity to heat up a scene and eternalize an image,” Robbins said, “to lift a line of prose out of the mundane mire of mere fictional reportage and lodge it in the luminous honeycomb of the collective psyche.”

The rest of Tom’s advice to writers

I’ve never heard a great author give more generous and pragmatic advice about how to write better. Here’s the rest of his list:

Or as a parrot in Fierce Invalids Home from Hot Climates says frequently throughout the book:

Welcome readers.  Let me introduce myself and offer up some credentials for the opinions, perspectives and insights in this blog. In nearly … END_OF_DOCUMENT_TOKEN_TO_BE_REPLACED