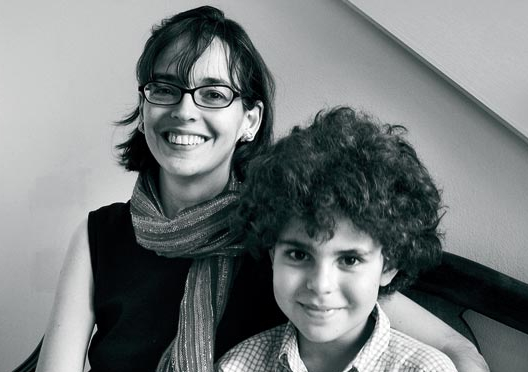 As parents, we always try our best to raise our children from the moment they are conceived. From seeking out Portland pregnancy help to parental counseling classes, we want to make sure the parenting we’re doing is the right type. We all make mistakes and our children may do things in defiance as a result of our parenting style. But, whether that’s by looking into how to get a fake id, getting into trouble with the police, or causing trouble in school, that doesn’t mean we haven’t done a good job. Kids are rebellious, that’s what they do. With this being said, everyone has got their own idea of what good parenting is so when they see people doing something they wouldn’t do themselves, it often leads to people being shamed for their parenting techniques. Being called “America’s Worst Mom” after letting your 9-year-old son ride home alone on the NYC subway from Bloomingdale’s is not the usual way to get a six-figure book deal for a first time author.

But when the mom in question, Lenore Skenazy, a columnist and feature writer for the New York Sun, wrote a piece about her son Izzy’s solo adventure, it created a media fire storm and an authentic viral buzz to die for.

Skenazy, who had equipped Izzy with $20, a map and a subway card, was vilified and attacked as an irresponsible, dangerous, and awful person. The response was almost universally negative. A mother from hell.

Her mail featured remarks like: “If something HAD happened to your son, you would certainly now be charged in the NY courts with child endangerment.” And “You’re giving dangerous advice and gambling with your child’s life.”

All publicity is good publicity

Nevertheless, all publicity is good publicity, and the day after her column appeared Lenore was interviewed on the TODAY show. A “parenting expert” on the show was appalled that Skenazy left her child “unsafe.” MSNBC called immediately after that, FoxNews had her on too, and in a few more days she was getting calls from reporters from Hong Kong to Israel, and also appearing on TV shows across Canada. 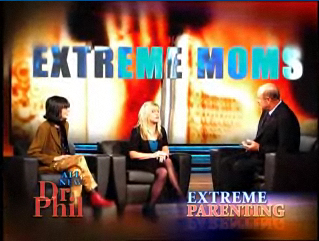 By the end of the week she was flown out to Los Angeles to do a segment of the Dr. Phil show called “Extreme Moms” which was so popular it ran several times over the next two weeks. Millions saw a very funny 30-minute segment with Skenazy opposed by a phalanx of “helicopter moms” who stalk their kids all day, never letting them get out of sight.

Skenazy’s advice to parents who hover? “If you never let them do it, they’re going to be blithering idiots. A child who doesn’t think he can do anything, is told he can’t, eventually, really can’t.”

Meanwhile I was preparing for one of my regular acquisition trips to NYC to prowl for hot new projects. Being on the west coast is a mixed blessing for an editor, so I make a point of getting in front of quite a few agents two or three times a year and see what they have.

I wrote Mollie Glick, a young literary agent I knew a little, to set up an appointment. She had just moved from the Jean Naggar agency to a more senior position at Foundry, and said, guess what, she had a great proposal that she was just this minute going out with a proposal for a book by Lenore Skenazy, the “World’s Worst Mom,” she was proud to say, called Free Range Kids.

I had heard of the story, and the next day got an email with a 50-page proposal attached that was the smartest, best-written, laugh-out-loud book proposal I had read in years. Mollie said there were a lot of other publishers interested, that she already had a “six-figure” offer and she was going to close this up fast. I’d better get in the race with a very big number, she warned me, or I’d be left far behind.

At this point it was a Wednesday afternoon in our San Francisco offices, and the end of day in NYC. My heart beat accelerated, a small vein in my temple began to pulse, and the situation escalated immediately to code red, taking control of my life. I stopped doing anything else, made some urgent calls to my immediate team, and emailed the proposal to my boss the publisher, his boss the President, and our team marketing manager, sales director, publicity guy, and many others, including big sales honchos and national account reps at our parent company John Wiley & Son’s corporate offices in Hoboken.

To justify paying a competitive six-figure advance, I’d need to persuade literally dozens of people throughout the company that we could sell enough copies to earn out in the first year enough royalties to equal or surpass whatever other companies were going to bid.

That day I bumped into a very successful local literary agent and for feedback, pitched the idea. She didn’t hesitate, and with an agent’s typical grandiosity, said “$500K at least. Chump change for Simon and Schuster. You’re going to have to really stretch to get this one. Good luck, pal.”

Every editor wants to land the big fish

I was frankly quite nervous and worried. Every editor wants to land the big fish and I had a particular interest in advocating for a refreshing new attitude shift for parenting. Lighten up! Parents were getting too competitive, laying such a high pressure stress trip on their children, hovering, intervening, interfering, over-scheduling, pressuring. This book skewered that bubble brilliantly, and I wanted it.

Luckily, the age of miracles hasn’t passed. For the first time ever, every single person in the company who read the proposal, loved it. The managers, executives, sales, marketing and publicity people, the national account, independent, and special sales reps – it was unanimous.

With the auction breathing down our backs, key players within our behemoth publishing house (John Wiley & Sons is now a $2 billion company, the sixth largest and the oldest — 1807 — publisher in the USA) moved quickly and came up with a handsome six-figure offer that actually won the auction, which began on a Friday, and lingered over the weekend in a nerve-wracking but ultimately triumphant climax as I arrived in NYC to meet Lenore.

We had only spoken on the phone up to this point, but luckily, over lunch with her and her agent Mollie, I felt an immediate affinity, as if she could be my second cousin, or daughter-in-law.

Later, I asked Lenore about her side of the process:

When did you decide to write a book based on the response to your article?

Almost immediately. But whenever the idea came up I dismissed it because almost everyone was saying what a bad mother I was and how I should be arrested, or at least run out of town. Oh God, I said to myself. Do I have the stomach to take this? I don’t want to be the whipping girl, and hated and reviled.

How did you get an agent?

I wrote up all my ideas, kind of incoherently, and started taking them to agents. Seven of them – yes, seven – and was about to give up on the idea again, but not because none of them would take it on. Six said they would (and I keep gloating to myself about the seventh).

But none of them got what I wanted this to be. I’ve never thought of it as just a plain old parenting book. I saw it – improbably enough – as The Feminine Mystique for children meets Dave Barry. Fun and serious and wild and forceful and controversial.

Then I met Mollie, who understood perfectly. She was recommended to me by a publisher who had contacted me after the initial article and was interested in getting me to write a book. That was very helpful to me, but she didn’t get the book after all, as you know, and the rest is now.

Wiley has decided to get the book out quickly so we’re on a compressed schedule of 90 days to write the book and four months from then to publication in the early Spring of ’09.

Lenore is a dream to work with. She’s already done six chapters which we’re shooting back and forth across the country via email attachments with tracked changes. We’re averaging three drafts per chapter and hope to beat the deadline of Jan. 1, 2009. So watch for the book in late April, and for Lenore herself to hit the national media again in early May.

Welcome readers.  Let me introduce myself and offer up some credentials for the opinions, perspectives and insights in this blog. In nearly … END_OF_DOCUMENT_TOKEN_TO_BE_REPLACED