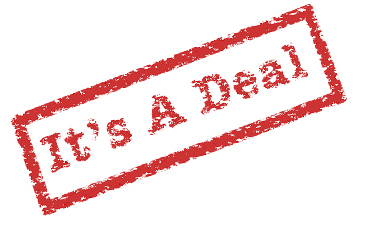 Reports about the demise of book publishing are once again premature.

This despite all the free-floating anxiety and doomsday scenarios about money drying up, massive cutbacks and publishing houses closing up shop.

I know this from personal experience. I got blown out of the water by aggressive colleagues at other publishing houses who were willing to spend more – a lot more — for two recently auctioned projects.

Both proposals were submitted by Todd Shuster , a New York agent known for getting top dollar for projects that have potential – and are written by authors who aren’t necessarily brand names.

In one case we ponied up a six-figure offer for an unknown author who was writing a relationship book heralding a “new way to change the one you love.”

Great! For years marriage counselors have been telling us we can only change ourselves and must bite our lip and just accept our loved ones as they are.

Instead this book tells readers what they really want to hear: Yes, you can get more perfect partners! And we also believed it when they said Oprah loved this author.

On closing day, Todd listened patiently to what we could put on the table, but kindly told us never mind, he had an offer that was “at least” twice that. I couldn’t believe it. We were rebuffed, laughed out of the room, humiliated.

Dauntless, we resolved to do better next time.

A week or so later Todd held an auction for yet another new author with a terrific idea – and this time with a co-author who had a long-term reputation for pulling out New York Times best sellers. Here was a psychological self-help book with an enticing promise: a new way to understand and escape the dark clutches of mood swings we experience throughout the year. It had a dynamite title and a telegenic, well-connected psychiatrist author.

But once again, we lost out to another publisher who this time offered more than four times our quite handsome offer! Jeez! What were we missing?

What happened to all the caution, prudence, and new mandatory fiscal conservatism we’d been hearing so much about? Wasn’t the book business in financial crisis?

The reason I lost these two auctions to competitors willing to spend so much money despite the current doom and gloom is precisely why I’ve been in this business for so many years.

Those of us in the book business are both the beneficiaries and victims of an authentic passion. Editors literally fall in love with books, authors, ideas. It’s our job. I’m always prowling, scouring the print media and internet, stalking writers and creative thinkers at parties and conferences.

I still wake up every morning with acquisition anxiety. If I don’t sign, I don’t thrive.

The crisis in book publishing has been big news. First came Houghton Mifflin’s remarkable announcement on Nov. 21st that they wouldn’t be acquiring any new books, a statement that provoked guffaws of disbelief among book publishing veterans.

Most of us attributed this clumsy blunder to HM’s inexperienced new private equity-fund owners. There are other ways to cut spending in the book business – paper, printing, binding quantities, staff – but to stay alive you need new acquisitions.

Then came Dec. 4th, now known as Black Wednesday in publishing. Doubleday and Bantam were to be “reorganized” and folded into Random House. Broadway Books merged with Crown. Top executives were fired, with rumors of more to come.

So what’s going on here? How can we reconcile big spending for new titles with massive layoffs? Here’s my two cents.

Why should there be dozens of separate sales forces and back-office departments when far fewer can handle the same volume at less expense? Who needs 170,000 new books in 2007 and more in 2008? Some of us therefore interpret the conglomerate cutbacks as an opportunity to catch up with best practices.

We’re in the middle of a huge transition from print to digital publishing. It’s what the MBAs in the front offices call a “paradigm shift” (ugh.) The dinosaur book business is being dragged into the 21st century world of E-Books, the Kindle and the Sony Reader, subscription open-source periodical publication, independent self-publishing, cell-phone novels, twittering, websites, web marketing, and blogging.

The initial shock and awe has evolved to some smart experimental moves by publishers like Penguin to establish a stronger internet presence with dedicated applications for iPhone, among others, for marketing, distribution, and sales direct to reader.

People still use books though, schools for example still have a room full of books, libraries are still fully stocked. Even with the assistance of things like book scanners (like the ones found on https://www.hereon.biz/book-scanner/) to help make old books more accessible for people, books are still useful. Some people might even say that they prefer to have a hard copy, rather than having to purchase a device so that they can read their book on. It all comes down to personal preference and what the person’s need is. For example, at a school, it can be hard to have all your students sharing just one book, but at least with a book scanner, you can digitalize it. But on certain occasions, maybe only one person would need that book so there’s no need to scan it. So as stated, books aren’t dead, just in transition. It’s just the way the world is working.

Luckily human beings are compelled to illuminate and explain their lives. Science is discovering so many new things about the brain and why people behave the way they do. Politics is a source of fascinating news, analysis, history, Bush’s end, Obama’s victory. New novelists continue to explain and inspire our society. We’re seeing more radical thinking in psychology, parenting, relationships.

People keep writing books! There’s no way to stop them and a certain small percentage are really good, important, invaluable.

Therefore, smart and optimistic editors from all the major houses are still plunging eagerly into auctions generated by Todd Shuster at Zachary Shuster Harmsworth, Molly Glick at Foundry, Jeff Kleinman at Folio, Linda Loewenthal at David Black, and other hot agents.

Acquiring editors may occasionally panic and pay too much, goaded to unreasonable heights by the fear of losing the project, wanting to show management that they have the energy and optimism to keep that pipeline filled with potential hits.

So acquire I must. I’ll figure out how to package, digitize, twitter, and reach the reading public in one form or another.

But first I have to acquire the project, sign the deal, and have what to work with.

Attention authors: keep writing! Because remember, always, in the beginning is The Word.

Welcome readers.  Let me introduce myself and offer up some credentials for the opinions, perspectives and insights in this blog. In nearly … END_OF_DOCUMENT_TOKEN_TO_BE_REPLACED