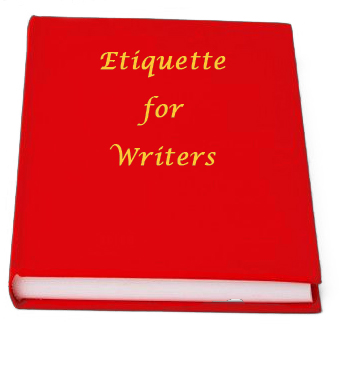 Once you have a book contract, the editor is your best friend in the company.

It’s your editor’s job to not only help you develop a great manuscript, but to shepherd the book through the all-important stages of copy-editing, design, production, manufacturing, publicity, and sales.

You need your editor’s dedicated support

At each stage of this process, your editor makes sure everyone is paying attention to your book and doing the best possible job on the fine-tuning copy-edit, the original jacket art, compelling type design, and especially the crucial marketing of the book.

Around publication date, that make-or-break four to six week period, your editor plays an enthusiastic and aggressive role as mid-wife, advocate, nudge, and passionate champion of the book. Without your editor’s dedicated support, your book can easily slip through the cracks, get ignored, and disappear without a trace as the staff rushes on to the next list of titles.

Authors can inspire their editors to have an enthusiastic, high-energy commitment to their book’s success by building a positive relationship based on mutual trust and respect.

Of course nobody loves your book as much as you do. It’s your baby. But to ensure that your book gets every break it deserves, here are nine tips:

She’s a professional wordsmith, gadfly, devil’s advocate, literary partner, whose job it is to help you write and rewrite and produce the best possible book. She’s probably done this before. Listen to her. Treat her with respect.

Wait before responding to your editor’s deletions and suggested changes on your first draft manuscript. Resist calling him an “illiterate Philistine.” I’ve had that experience, and it can be quite off-putting. Stop and think. You may ultimately agree that the editing improves the book.

3. Remember that you are one of many authors

Your editor may be publishing up to 40 titles at a time, so you might not be #1 on the list of things to do today. It’s hard to accept, I know. Some authors have big but fragile egos. They often suffer through mood swings from grandiose over-confidence to self-doubting insecurity. It’s tough to be an author: taking risks with your ideas and relationships, exposing yourself to ridicule and contempt, going out on a limb psychologically or professionally.

But I’ve known authors to go over the line in their sense of entitlement, narcissism, and expectation that they are the center of everyone’s universe. In fact your editor may have other writers who are likely to sell more copies and have a bigger advance to earn out.

Ideally you want to establish a good working relationship with an editor who likes your work and is devoted to the development of your literary career. If you experience a bumpy time together, I nevertheless don’t recommend burning any bridges, since you never know what might happen down the road. I’ve kissed and made up with a few writers, but there are a few whom I’ll never edit again.

We hate it when, after we’ve declined to give you an additional 200 free books to autograph and sell on eBay, you call the Publisher, President of the company, or Chairman of the Board to complain about what a thoughtless scrooge we are. That’s below the belt, but believe me, it’s happened. Instead, had you taken matters into your own hands and researched a bit on various sites (like https://investomatica.com/ebay-calculator, for example) and tried to sell the books on your own, rather than complaining to us, you may have had little satisfaction of knowing that you tried at least.

Refrain from sending an editor, or any other person at the company, seven six-page emails in one day. A marketing colleague of mine was brought to tears recently by such behavior. “This author has sent these emails every day this week, like she’s the most important person in the world and I don’t have six other writers whose books have an even tighter deadline!”

7. Put down the phone

If you happen to have your editor’s personal number, refrain from calling unless it’s a true emergency. One author, who shall remain nameless, used to phone at all hours, for example reaching me while I was out hiking on Mt. Tam on an early Sunday morning — to share her newest great ideas for marketing her book. I mean, I would have understood if she called for hiking food ideas or other tips (not during my personal time though)!

The same author phoned repeatedly after hearing I’d been sick, with a series of questions like “What’s the President’s name? Can you count backwards by seven?” The point of this mental status test was to see if I was intellectually up to speed, plain and simple. Yep. It happened.

I’ve been addressed as “Adam”, or even “Ellen” (forgot the gender too), or Al (OK, I’m touchy about that, but nobody calls me Al.) It can be dehumanizing to be called repeatedly by the wrong name, especially after several corrections.

9. Remember your editor in the acknowledgments

An editor friend of mine told me a few weeks ago “I can’t believe it. I spend four months, nights and weekends, sacrificing my quality family time, slaving over this book, making the author look good, as if he’d done this on his own, and in the acknowledgements he thanks the dog-walker and his long dead cousin, but not a word about me.”

Editors have feelings too. You don’t need to knit me a scarf or bake brownies for my team. But some authors have done just that and surprise — worked like a charm!

Writers don’t always realize that how they behave may alienate their editor. Editors commiserate behind the scenes about the author who is high maintenance, above-average difficult, needs special hand-holding or heavy lifting. I’ve seen it get to the point where everyone agrees that they’ll never work with this author again. No kidding.

Don’t become one of those authors who got fired, without ever knowing what happened.

Welcome readers.  Let me introduce myself and offer up some credentials for the opinions, perspectives and insights in this blog. In nearly … END_OF_DOCUMENT_TOKEN_TO_BE_REPLACED