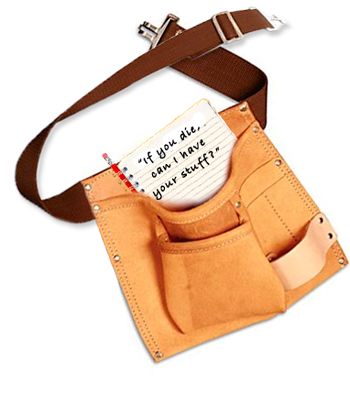 Listening in on random conversations — okay, blatant eavesdropping — is a time-honored technique for writers fine-tuning their ear and seeking authentic feelings with distinctive ways of expressing them.

Norman Mailer did it

If you practice eavesdropping, you’re in good company. Norman Mailer used to whip out a little spiral-bound notebook at parties and write down something someone had said. And he wasn’t subtle. It could happen in the middle of a conversation. I had that disconcerting experience with him more than once.

A cautionary note from Tom Robbins

My old friend, author Tom Robbins, wrote me on this subject the other day. “There was a time in my early so-called career when I would snare in my mental net witty lines that I overheard at parties or gallery openings, inserting them at appropriate places in my manuscripts — only to discover later, much to my embarrassment, that the line had not been original with the speaker but rather lifted verbatim from some television comedy show. (It takes a thief to catch a thief?)

I aborted that practice decades ago. But years later, I rode city buses in New Orleans to get a feel for the conversations of the black riders. It was their manner of speech rather than exact expressions that I was after, and this experiment proved quite helpful in assuring that the dialogue in Jitterbug Perfume was authentic.”

As Tom’s editor on Jitterbug, I can vouch for the masterful dialogue he created for his fabulous characters, in particular the sly and conniving Pan, the Goat God, who appears memorably in this novel.  Here’s a snapshot of what it was like, incidentally, to work with Tom on the book.

Veteran author Charlie Haas told me “I do pay attention to what people are saying. I think it’s a good writing technique because it builds up one’s ear for dialogue and vernacular.” This memorable line overheard at a high-speed kite buggy race in the Nevada desert made its way word-for-word into his most recent novel, The Enthusiast: “If you die, can I have your stuff?”

An informal survey of some author friends revealed these favorite haunts for best eavesdropping:

• “My favorite spot to people watch is a bar. People tend to speak a little louder and with lower inhibitions after they have had a drink or two.”

• “Some of the best things I’ve overheard were in the shower at the gym.”

• “It’s not very hard to eavesdrop these days. People talk on their cell phones so loud the whole world can hear their conversation. I’m always listening, not so much for anything specific, but to the entire orchestration.”

• “I just sit in a café, have my coffee and listen in on conversations around me. I write down what I’m hearing in a notebook and no one’s the wiser.”

• “I hear inspiration in everyday conversations and get ideas for my writing simply by listening to other people talk about their lives. The little gems of expression I pick up don’t always fit into the story I’m working on, so they stay in my notebook, waiting, until I think of ways to build context around them. But sometimes a line I’ve overheard can give me a starting point for a whole new story.”

Try it yourself. It can be delicious fun. Yesterday I overheard a young woman on the sidewalk telling her friend goodbye. “I’m going home now to take a shower because I’m dirty,” she said. “I’m a dirty dirty girl.”

Hmmm. A writer could probably use that line.

1. Write down the exact words whenever possible. That means always carrying a pen and paper or some other device for taking notes, like texting into a phone or typing on a laptop.

2. Try to get a glimpse of the speaker’s body language or facial expression that might reveal the true meaning between the lines.

3. Don’t throw anything away. What you’ve overheard may not be of immediate use to you but at some point in the future you may be working on something that could use precisely this line or something like it.

Have some fun with this. That’s why you write, right? People sure are interesting.

What have you overheard lately?

Welcome readers.  Let me introduce myself and offer up some credentials for the opinions, perspectives and insights in this blog. In nearly … END_OF_DOCUMENT_TOKEN_TO_BE_REPLACED