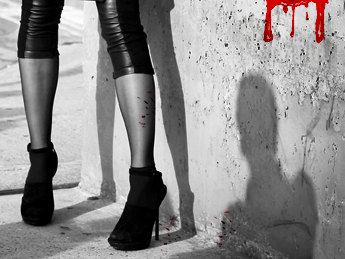 Why would one of America’s most distinguished literary publishers jump at the chance to sign up an unknown hillbilly-noir writer whose history so far consists of gritty short stories published online by pulp fiction e-zines?

Here’s why: Mystery and crime fiction is booming – there are more debut authors, more acquisitions by editors, higher sales and greater dominance on the bestseller lists.

“I discovered Frank Bill on Twitter,” literary agent Stacia Decker of the Donald Maas Agency said the other day about her new writer whose rural Indiana-based crime stories have an enthusiastic following online. “I recently placed him in a two-book deal with Farrar, Strauss and Giroux.”

The contract, signed with FSG editor Sean McDonald, is for an upcoming collection of short fiction and Bill’s debut novel Donnybrook, which a blurb says “…hits as hard as an axe handle to the side of the head after you’ve snorted a nose full of battery acid and eaten a live rattlesnake for breakfast.” Wow. The folks at FSG — also Scott Turow’s publisher – know how to pick winners. Dozens of authors on their roster have won Nobel Prizes for Literature, Pulitzers and National Book Awards.

Terrific news for mystery writers of all stripes

Top literary agents in mysteries confirm an upsurge in the genre. “I started in 2009 and my business has only increased-with sales evenly split between hardcover and paperback,” Decker said. She’s one of most successful agents for mystery books over the past 12 months, according to Publisher’s Marketplace.

The New York Times bestseller list confirms all this. Of the top ten books on the hardcover fiction list last week, five were mysteries. And last week’s Nielsen’s BookScan reports that for bestsellers in all categories or formats, eight of the top ten were mysteries. BookScan also reports that unit sales for mysteries were greater than for titles in romance, science fiction, and action adventure.

I’ve been seeing many more mystery proposals and draft manuscripts lately myself. Writers are requesting consultations about their core concept (“Are the characters original? Will the story fly? What should I change about the literary style before starting to write the manuscript itself?”)

Or they may seek a page-by-page developmental edit to “make sure I’m sending out the very best book I can write, with characters you love and hate and a story you can’t put down.”

They’re also asking “How can I create a series with an ongoing continuing hero or heroine that I can sell to an agent or publisher?”

Scroll down for my tips on getting your mystery published

I never saw this kind of boom when I was the official “Mystery Editor” at the Macmillan Company in the 1960’s. We depended primarily on libraries to buy thousands of copies of everything we published. I was getting bored with the formula English imports we issued like clock work, one per month. So I dreamed up a new series that was more contemporary and timely back then, starring a tough guy black detective hero called Shaft. Remember him? Here’s how I put that deal together. But in those days, mysteries were largely predictable and sales more pedestrian.

So, why the big upswing today in activity by mystery writers, agents, and publishers? Here are some of the reasons.

Readers get hooked on series!

The modern successors to Sherlock Holmes and Miss Marple — including Lee Child’s Jack Reacher, the Liz Tucker series by Janet Evanovich, and Michael Conelly’s Harry Bosch, not to mention Stieg Larsson’s Millennium Trilogy — all have irresistible heroes or heroines. Once an author has two or three titles going and the character begins to grow and cut loose, fans devour every new title. It’s addictive. A successful series is the dream of every mystery writer, agent, and publisher.

Jessica Faust, the eminent book biz blogger and CEO of BookEnds Literary Agency says unequivocally that “The reason mysteries sell better than romances or science fiction is they cross gender. That is, women will read tough action books with outlaw heroes, and men will read cozies for the warm relationships and sense of community.” Faust recently sold three books to Berkley Prime Crime in the all-new Charmed Pie Shoppe Mystery series by Ellery Adams and two more untitled books in the Cupcake Bakery Mystery series by Jean McKinlay.

Bischoff at Midnight Ink also reports “Before coming on board as an editor, I owned a mystery bookstore and can tell you that men read cozies but even more women read thrillers.”

Mysteries solve problems. My old pal Bruce Harris, the former VP of Sales at Random House, thinks people love to read mysteries for the satisfying payback. “They’re so much fun to read because they answer questions, make order out of chaos, and create clarity out of confusion.” He’s right. A heinous crime is committed. The heroine or hero leads us on a logical process that figures it out, gets beneath the surface and discovers the truth about this puzzle.

For writers, mysteries are a great way to create a series heroine or hero by writing your own idealized fantasy memoir. Take what you know best, the reality of your life, the relationships good and bad, your work, profession, travel, naïve hopes and terrible losses, the changes you’ve been through, the ups and downs, and tell the story with the main character who’s actually you! Artfully disguised of course. Suppose in real life, if you are sexually an active person, bring that trait to your character also. You can develop them as someone who enjoys to meet for sex. Try building the plot on that note. Introduce the element of mystery, romance, tragedy, or whatever is that you desire. Build on the narrative that you desire for yourself to unravel.

Generations of successful writers have written their memoirs in the form of mystery series, pouring new wine into old bottles, reflecting the changing world around them. They make themselves and their lives the stuff of idealized, sometimes romantic, other times gritty and self-deprecating, but always evolving self-portraits.

That’s why mystery heroines and heroes have been employees of the Pinkerton Agency: (The Continental OP by Dashiell Hammett) lawyers: (Presumed Innocent by Scott Turow) devoted gardeners: (Pushing Up Daisies by Rosemary Harris) or a South Chicago feminist: (Blood Shot by Sara Paretsky).

Don’t we all want to make sense of our experiences, to discover or create a rational outcome, so life doesn’t seem random, accidental and senseless? Mysteries can do that.

Getting your mystery published

As a developmental editor, the problems I see most frequently in mystery manuscripts are with the main character and the plot.

Who’s the main protagonist of your mystery book? You’re not limited to an autobiographical stand-in, but it needs to be someone with whom you’re very familiar, so you can write from inside your head. This person needs a day job or occupation, not necessarily as a detective, but whatever activity you know well and can lead to a criminal deed — usually a murder — that must be punished.

This crucial choice of the hero or heroine sets the narrative voice, literary style, and premise of the story. Not to mention its potential for future titles in a series.

But mysteries are both character and story-driven, so I also focus a great deal on creating a great narrative skeleton, including that big-bang opening crime, a middle act of pursuit and discovery, and ultimately a finale which wraps it all up, crime solved, villainy brought to justice of one kind or another. This blueprint can save you tons of time and rewriting, since you can study it on screen, print it out and put it on the wall, mull it over, move stuff around, add and delete.

Are you a mystery writer?

Is yours a stealth memoir? If not, what helps you get inside the head of your main character? I’ll watch for any questions in your comments.

Welcome readers.  Let me introduce myself and offer up some credentials for the opinions, perspectives and insights in this blog. In nearly … END_OF_DOCUMENT_TOKEN_TO_BE_REPLACED