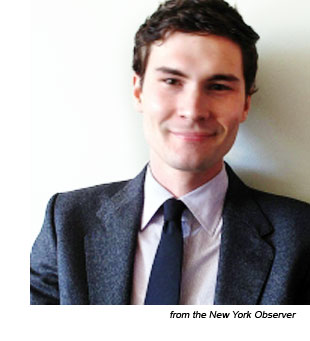 How do literary agents who blog, tweet and carouse online find the time to do the real work of agenting: reading, hobnobbing with editors, reading some more and making great book deals for their clients?

That’s what Chris Parris-Lamb, a rising star at the Gernert Company in NYC wonders, and it’s why you won’t find him posting on Facebook anytime soon.

No time for tweeting

“I don’t.  I don’t have time.  And with all due respect to my peers who do, I don’t really see the point.  Perhaps blogging and tweeting does increase an agent’s profile in the world of writers, which might result in getting good submissions that they might not otherwise receive.  But if you were one of those writers, once you’d signed with that agent, wouldn’t you want to feel like they were working instead of blogging or tweeting?”

Instead, Parris-Lamb is busy making book deals.  He’s been an agent only about three years, but has had exceptional success finding new writers with unusual projects and placing them for big bucks with mainstream publishers.  He’s out there doing it the old way.  “…You sell a few things at an auction, and you know, you start going to lunch with editors in chief.  I really feel like if you hustle, if you put in the time and energy to get out there and read, there’s a lot of good writing and a lot of good ideas.  There are books out there waiting to happen.” (New York Observer)

Recent deals include: a sale at auction to Scribners for Forbes editor and blogger David Ewalt’s Of Dice and Men: The Story of Dungeons & Dragons and The People Who Play It, and another to Little Brown, also at auction, for a debut novel by an editor of the literary magazine n+1, Chad Harbach’s The Art of Fielding, about love, ambition, family, and sports, set in a small college town.  A third sold to Holt at auction for Harvard Business School Professor Anita Elberse‘s Blockbusters: Hit-making, Risk-taking, and the (Big) Business of Entertainment.

I met Parris-Lamb recently during a NYC acquisition blitz and was impressed by his intelligence, vitality, and earnest idealism.  He agreed to take time out for an interview with the Book Deal, and here’s what he had to say about breaking into the business and moving up in NY publishing:

How, as a young unknown agent, did you find your first clients? 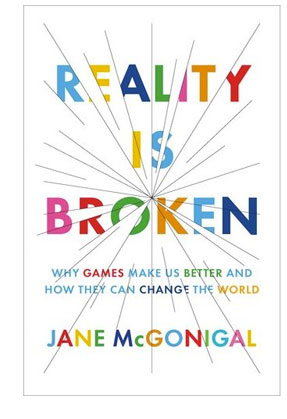 Most of my early clients were ones that I reached out to directly after reading something by or about them.  Like Jane McGonigal, whose first book, Reality is Broken: Why Games Make Us Better and How They Can Change the World, will be published by The Penguin Press in January.  I first saw Jane’s name in an ad for the New Yorker Conference in the spring of 2008.  It described her as a game designer whose goal was for a game designer to win a Nobel Peace Prize by the year 2023.

Well, that’s a bold statement, I thought to myself. So I googled her and spent a week poring over articles, and reading her blog and other pieces she’d written.  A whole new world opened before me. Her ideas were completely groundbreaking—and so I emailed her to ask if she’d ever thought about writing a book.  She said she had an idea for a book, and wanted to show people ways that the real world could be more like a game

But Jane had already been contacted by other agents and publishers, and I’d been an agent for less than a year.  She was coming to New York in a couple of weeks and was going to meet with agents, but I was determined to be the first.  So I asked for permission to fly to San Francisco that weekend for 36 hours to meet her.  It was such a crazy request my boss must have decided I really thought it would pay off, so the answer was yes.

Long story short, we hit it off, she decided to work with me, we got a great deal with Penguin Press, and now there’s a fantastic book —”as addictive as Tetris,” according to Publishers Weekly — to show for it.

Given your youth and relative inexperience, why should authors go with you?

Because I’m passionate about their work, understand it and how it fits into the literary/cultural conversation, and have strong ideas about how it would best be published and who would be the best publisher to do that.  And because they feel like we’d get along on a personal level.

How do you think the role of a literary agent is evolving and changing in the book business today?

Writers are always going to need someone to advise them and advocate on their behalf if they want to bring their work to a larger readership in a monetized way.  We, as agents, need to be more vigilant than ever to make sure our authors’ interests are protected and maximized as the industry undergoes this tectonic shift, with the rise of ebooks and the decline of the traditional model of publishing and marketing books.

What do you think of other agencies or agents who are offering their authors marketing services?

Frankly, I tend to take a cynical view of agencies who offer those sorts of services right now — though the Gernert Company would take that step if changes in the landscape made it necessary. The real value to those agencies lies in advertising marketing services as a way of wooing prospective clients. Strategic marketing and multi-media efforts require a serious investment on the part of a company, and I have my doubts that an agency’s hiring of one or two people, whose positions are paid for through the 15 percent commission of an author’s share of a book’s sales—a pretty small slice of the pie, all things considered—can really be effective or make financial sense unless they’re working on behalf of a very lucrative author—who of course probably gets plenty of marketing muscle from the publisher anyway.  I could be wrong, though, and my opinion could change.

Do you find new writers through query letters or among unsolicited proposals?

I don’t have a lot of faith in the query letter/slush pile process to bring me great writers and material, though I do take a look at everything that comes through. It’s incredibly frustrating when authors send emails directly to my personal account, address it “Dear Agent,” and have quite clearly bcc’d every other agent in the business. So I’ve just found it’s a better use of my time to be proactive about finding writers.

Do you find new writers in literary journals and other periodicals?

Yes, I’m a voracious reader of magazines and journals of all kinds, from Foreign Affairs to the London Review of Books to McSweeney’s to Tin House. My favorite, the only one I read cover to cover, is n+1, a print journal of politics, literature, and culture.

What about author blogs?

I probably read blogs less than most younger agents, although there is great stuff out there online—including my favorite NBA mad scientists and one of my favorite authors, FreeDarko, whose second book was just published by Bloomsbury and whose blog is much beloved among sports readers.

What are you looking for right now?  Give us examples of your dream books to agent.

I don’t know what I’m looking for until I find it, but three very different writers I love, and who represent three different types of books I’d love to work with, are Jared Diamond (Guns, Germs and Steel,) Annette Gordon-Reed (The Hemingses of Monticello: An American Family) and David Mitchell (Cloud Atlas: A Novel.)

Note: Responses have been edited and condensed

There you have it, writers.  Is Chris Parris-Lamb the kind of agent you’re looking for?

Welcome readers.  Let me introduce myself and offer up some credentials for the opinions, perspectives and insights in this blog. In nearly … END_OF_DOCUMENT_TOKEN_TO_BE_REPLACED