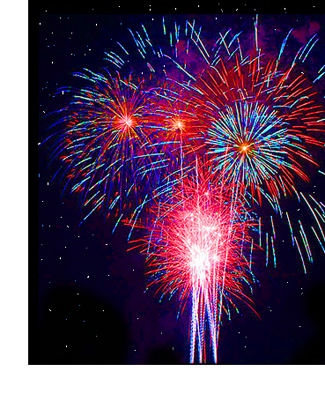 Writing a great ending for your book is just as important as a dynamite opening that rivets our attention and compels us to keep turning those pages.

A well-written book requires some kind of symphonic climax that resonates in our heads and hearts like the famous 40-second E major chord at the end of the Beatles’ Sgt. Pepper’s Lonely Heart Club Band. Our response may be filled with joy, hope, and happiness, or it may lead us to feel uncomfortable, to frown, scratch our heads, and worry about the unknown mysteries of life.

I’ve worked with many fiction and narrative nonfiction authors to achieve such closure for plot-driven thrillers, mysteries, romances, literary novels, memoirs, and young adult books, but also histories, biographies, travel books, and other stories. I don’t believe there’s a predictable formula for every ending, far from it. But nevertheless, it’s essential to provide an emotional landing place, so the reader can put down the book with a sense that “Yes, it may not have happened to me actually, but my life is richer for having read this. I know more about the world, people, relationships, the way things happen.”

This kind of emotionally satisfying ending is by no means easy to write. If it gets made into a film and makes it on ‘the best upcoming horror movies coming out soon‘ list or a ‘top romance films this month’ post, then the ending needs to be something that will gel with the audiences and create something that can excite and thrill on the page and on screen. Anyway, here are some tips to remember.

Endings are about change

It’s disappointing for a reader to reach the end of the book only to realize that the characters and continuing events are basically at the same point as the beginning. I’ve seen this with many early drafts: not enough has happened.

Endings are about change. Fiction and narrative nonfiction stories are about overcoming major obstacles, quests, and transformations. The changes may not be all good. The story may be upsetting or depressing. But if none of the book’s characters has learned anything and the challenges faced at the outset remain static and identical to those at the end, the story can seem pointless, unsatisfying, and without universal significance.

All writers can look to the Young Adult category for great examples of overcoming difficult problems with courageous changes that lead to fully evolved endings. Judy Blume pioneered realistic stories about sex, racism, and divorce in a teenager’s life with such books as Are You There God? It’s me, Margaret and It’s Not the End of the World. New generations of YA authors have continued this gritty approach to the real lives of preteens, teens, and young adults, from S.E. Hinton (The Outsiders) to Suzanne Collins (The Hunger Games).

Find the right moment to end

It’s crucial to realize when it’s time to stop. Authors often send me a draft ending that repeats and churns over previous action, or goes off on a new and irrelevant digression. This kind of treading water can indicate the fear of not having demonstrated or explained everything enough.

I worked recently on an ambitious and complex novel that took four or five drafts to produce an ending that tied up a painful family relationship which had been interrupted for thirty years by historical disasters and personal wrong turns. The trick was to acknowledge mistakes and calamities without reiteration or blame, while at the same time avoiding any saccharine projections into the future. Ultimately the author succeeded in writing just a few short paragraphs with words chosen as carefully as a haiku or sonnet. It’s not always easy to write such a good ending, but in this case the end was exceptionally well crafted.

Sometimes the curtain falls with a surprising thud. Beware of premature endings that leave too many threads still unraveled. Most mystery and thriller readers will agree that crimes should be solved and the world saved from political or corporate terrorists and other heinous villains. I’ve worked with several writers to develop mysteries with a strong suspect that turns out to be innocent, or a cumulative gathering of clues leading to one of many potential suspects. Similarly I’ve edited global thrillers (i.e. Robert Ludlum’s The Scarlatti Inheritance) that leave the reader nervous and uncomfortable, but with a sense of some hope for the future. John le Carre is the master of such ambiguous endings, as in Tinker, Tailor, Soldier, Spy and The Constant Gardener.

Another frequent cause of a premature ending is the hope this book will launch a series. I’ve learned first hand while working with authors like Clive Cussler on his Dirk Pitt thriller Night Probe, and Ernest Tidyman’s Shaft that a continuing hero or heroine may age and develop in new ways over several titles, but each story needs to be complete on its own. It isn’t fair to demand the reader buy a second or third book to find out what happens.

Romances demand the same respect when avoiding a premature ending. The curtain can descend on either a happy or unhappy couple, but it can’t just fall out of the blue. Even after Rhett said he didn’t “give a damn” about what happened to Scarlett O’Hara, Margaret Mitchell kept going until her plucky heroine declared with signature fortitude: After all, tomorrow is another day.

Similarly, a successful memoir can’t either go on unnecessarily or stop precipitously. Memoirs focus on a discreet thread of the author’s life that makes a point, has a theme, and therefore requires an enlightened ending, even though the life itself isn’t over. Again, it doesn’t have to be happy, successful or inspiring, though that can help. What’s more important is a coming-of-age or the resolution of obstacles overcome, with experience and wisdom for anything that might follow.

In The Glass Castle, for example, Jeanette Walls takes pains to tell the story of her profoundly dysfunctional family in a sober and straightforward manner. Walls keeps her focus steadily, without judgment but rather compassion for her parents and siblings, and ends the story with a message of survival and redemption, leavened with affection and good humor.

Not all endings are neat or tidy.

I’ve also worked with several writers whose last page leaves various threads of the story still tangled. The inimitable Tom Robbins comes to mind, since Jitterbug Perfume can hardly be described as having a tidy ending but rather drifts off into thin air: The lesson of the beet, then, is this: hold on to your divine blush, your innate rosy magic, or end up brown. Once you’re brown, you’ll find that you’re blue. As blue as indigo. And you know what that means: Indigo. Indigoing. Indigone.”

Or the late Hunter S. Thompson, whose Fear and Loathing on the Campaign Trail ended in a frustrated rant, brought up short in order to make our overdue deadline: I hung up and drank some more gin. Then I put a Dolly Parton album on the tape machine and watched the trees outside my balcony getting lashed around in the wind. Around midnight, when the rain stopped, I put on my special Miami Beach nightshirt and walked several blocks down La Cienga Boulevard to the Losers Club.

The last pages of Toni Morrison’s first book The Bluest Eye are also disturbing and uncomfortable to say the least, and I remember when Toni first brought me her manuscript, how shaken I was by the ending: The soil is bad for certain kinds of flowers. Certain seeds it will not nurture, certain fruit it will not bear, and when the land kills of its own volition, we acquiesce and say the victim had no right to live. We are wrong, of course, but it doesn’t matter. It’s too late. At least on the edge of my town, among the garbage and the sunflowers of my town, it’s much, much, much too late.

Dozens of conservative school and community libraries disapproved of the book and it was banned in many places. But it launched a career that led ultimately to the Nobel Prize for Literature.

Are you working on the ending of a book? I’ll watch for any questions here in comments.

Welcome readers.  Let me introduce myself and offer up some credentials for the opinions, perspectives and insights in this blog. In nearly … END_OF_DOCUMENT_TOKEN_TO_BE_REPLACED