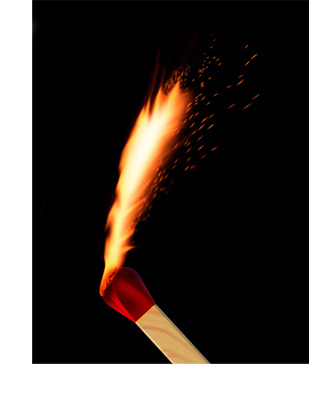 Where do stories come from?

Are writers inspired from deep within the unconscious psyche by forces beyond their control? Or are they compelled by external cues that resonate without invitation – unexpected and accidental?

As an editor, I’ve seen the muse arrive in surprising and mysterious ways. The creative spark, a blessed event to be sure, can arrive at any moment in time.

Whether the source is mundane or magical, the author fans the spark into a fully realized story.

From spark to finished story

I asked two authors about their original impulses and how they developed into the books that were ultimately published.

Kristen Tracy published Lost It (Simon and Schuster) in 2008. It was her first novel for young adults and is about a young girl who loses her virginity under a canoe. Kristen has a PhD in English, a MFA in Writing, a MA in Literature and has taught writing and literature at Brigham Young University and Stanford University. She also taught at Hawthorne High School in Los Angeles, publishing many more books for teens at S&S and tweens at Delacorte and Hyperion (Disney).

Neville Frankel recently published Bloodlines, a novel about the consequences of a love affair between a white married woman and a black member of the African National Congress during Nelson Mandela’s epic struggle against apartheid in the 1960s. Neville is a financial planner and wealth manager who was born in Johannesburg, South Africa and immigrated to Boston when he was 14.

What was the original spark, the inspiration for writing your book?

Kristen: When I started writing Lost It, the concept of the novel came first. I knew that I wanted to write a funny novel about a girl who loses her virginity. Did I know this event would happen underneath a canoe? No. I didn’t. This revelation came to me while working on the first chapter.

When I began writing the novel, the quirky voice came first. She essentially delivered a monologue that recapped the big event and the canoe was front and center. Once I had the voice, I was able to draft a first chapter, which became the framework for the rest of the novel.

Neville: In 2005, I read a book by Glenn Frankel, no relation to me, called Rivonia’s Children, a true-story of three white, middle-class South African families who struggled and suffered greatly in the fight against apartheid in the mid 1960s. This was my first discovery that there were white middle class families who had put themselves at risk by helping in the anti-apartheid movement.

Having left the country with my family in 1962 when I was fourteen, I had unresolved issues about my own history so writing the book became a way of taking back my past. I began to wonder what my life would have been like if I’d come from a family that had been involved in that kind of activity. And the book came out of that question.

How did you develop the spark into the story?

Kristen: At the time I was writing Lost It, my fiction mentor mentioned to me that first novels are often the most autobiographical. This surprised me, because I believed that all of the events and characters from my novel came from my imagination, not my own high school experience.

Now that a few years have passed since Lost It’s publication, I can see where my own autobiography played its part. The setting is entirely stolen from my upbringing, as well as the main character’s interest in wildlife (particularly bear) safety. I guess that’s what happens when you grow up near Yellowstone Park.

Neville: Well, having read Rivonia’s Children, I went back to South Africa for my first visit in almost 40 years and felt such a sense of optimism in the country – black and white people in stores, behind the counters and shopping together, all smiles and delighted to be a part of the new South Africa. That experience added to the compulsion to write the book by filling me with a sense of unbearable loss at the life I might have participated in.

So I started out by weaving my own family history into the book, including a protagonist who was a painter like me, and also felt he didn’t really belong anywhere, as did I. I used autobiographical elements of my identity, sense of loss, and the way individuals get caught up in big events that can determine the outcome of their lives.

But at the end of the day, I found that I had two completely different stories, that were way too complex to interweave and had to drop about 150 pages of that material, which I’m now writing as a second book.

Ron Rash, the best-selling poet, short story writer and novelist, had a vision of “a young woman pulling back some rhododendron leaves and seeing a bedraggled young man playing a beautiful silver flute.”

This vision eventually grew into his literary wartime mystery and romance, The Cove. Rash, a professor of Appalachian Cultural Studies at Western Carolina University wrote that ultimately he’s interested in how landscape affects a character’s psychology. “I would say, for me – in The Cove particularly – landscape is destiny.”

Margaret Mitchell’s spark: An idea for a great ending

Margaret Mitchell was recuperating from an auto accident in 1926 when she thought of the final moments of a story in which the heroine’s lover has just left forever saying, “Frankly my dear, I don’t give a damn” about where she goes or what she does, and the young woman thinks to herself, “I’ll go home. And I’ll think of some way to get him back. After all… tomorrow is another day.”

Then Mitchell went back to create a step-by-step story about the civil war and how it brought Scarlet O’Hara and Rhett Butler to that climactic scene in her epic story Gone With the Wind.

Herman Melville’s spark: An obsession with an irresistible true story

During 1841-1842, 24-year-old Herman Melville was serving as a seaman on a whaler when he met the son of Owen Chase, the first mate and one of eight survivors in the 1820 sinking of the Nantucket ship Essex after it was rammed by a large sperm whale. Chase’s son lent Melville a copy of his father’s out-of-print memoir called The Narrative of the Most Extraordinary and Distressing Shipwreck of the Whale-Ship Essex.

Melville spent the next ten years writing and researching his story, incorporating much of what he himself knew as a member of a whaler’s crew until it was published as Moby Dick in 1851.

In 1931, a 27-year-old writer named Christopher Isherwood heard a singer perform at an underground club in Berlin. He didn’t think much of her voice but was very much taken with “her startling appearance, and her air of not caring a curse what people thought of her. Her fingernails were painted emerald green, a color unfortunately chosen, for it called attention to her hands, which were much stained by cigarette smoking and as dirty as a little girl’s. She was dark, her face was long and thin, powdered dead white.” Her name was Jean Ross.

Two years later, Isherwood wrote a short story based on the singer called Sally Bowles, the first of an incredible succession of stories, novels, plays, Broadway musicals and Hollywood films about a fictionalized Jean Ross that led ultimately to the blockbuster Cabaret.

What kick-started your idea for a book? Tell us about your spark and what happened next.

Welcome readers.  Let me introduce myself and offer up some credentials for the opinions, perspectives and insights in this blog. In nearly … END_OF_DOCUMENT_TOKEN_TO_BE_REPLACED