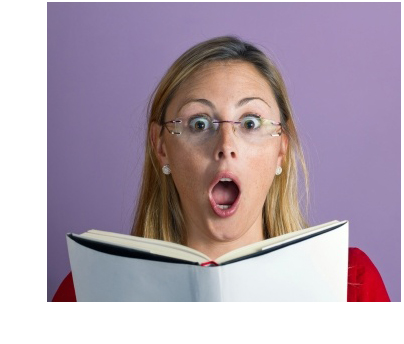 “Every time mama came down on that shabby floor, the bullet lodged in my stomach felt like a hot poker.”

Claude Brown and I hunted through his manuscript for two days to find that moment and move it to the opening of his classic Harlem memoir Manchild in the Promised Land.

We wanted to detail the true grit of getting shot at age 13 while dealing drugs at a fish and chips joint, and to include the emotional drama of his mother jumping up and down in despair. We added the hot poker detail to scorch the reader’s sense of sight, sound, and visceral pain. We hoped this start-up moment would persuade them to buy the book. And if 4 million copies sold in 14 languages is hard evidence, something must have worked.

The importance of first pages

The first pages of your story create an instant impression of its quality and value. Agents, acquisition editors, reviewers and potential buyers standing in a store or scanning the First Pages feature on Amazon – are all going to keep reading or skip to the next candidate, depending on how they respond to your opening.

As a developmental editor, I often work with authors to reconstruct, revise, and create completely new openings. It’s a challenge editors face often, and it’s one of the most essential. Here are some of the main issues and how to solve them.

How to begin your book

The first sentence of your book must have compelling emotional energy, whether it’s the magnetism of the narrative voice, the wit of the smart dialogue, or the evocative description of the dramatic environment.

But an opening to a story is more than just one sentence, no matter how brilliant. That’s only the first step in getting the reader’s attention. Next you need to develop the whole scene.

1.  Start with a moment that changes everything

As the author, you know how the story will evolve, but your reader doesn’t. Therefore, you can write an opening that throws everything up in the air, creating a whole new universe of anticipation in the reader’s imagination.

For example, in Albert Camus’s first sentence of The Stranger, Mearsault receives the telegram “Maman died today.” Then Camus continues “Or yesterday maybe, I don’t know”, moving on with an accelerating sense of dread, depression, and confusion. His mother’s death changes everything in his life and leads ultimately to the devastating end of the book, when on the way to being hung for murder, he accepts his life as both meaningless and filled with joy.

The importance of an enticing opening is the same whether you’re writing short stories or longer fiction. In her story collection Married Love, Tessa Hadley begins the piece In the Cave with the sentence “After the sex, he fell asleep”, a declaration that sure gets our attention. Then she follows up immediately with “That wasn’t what Linda had expected. Cheated – returned too soon into her own possession – she lay pinned for a while under his flung arm…”

Notice how she’s building on an uncomfortable predicament to show how everything is different than it was before? By now her readers want to know what Linda will do next: remained crushed beneath her comatose lover, or shove him off in anger and leave. And who is the guy anyway? What is their past and future together, if any?

It’s a skillful opening which builds momentum and sustains our desire to continue.

Readers can resonate and identify with a character torn between two very different alternatives. It’s a common human dilemma, a fatal choice that can be exacerbated if the main character is under pressure, or has a destructive unmet desire. Your job as the author is to create personalities the reader can care about, then give them desperate alternatives that have no obvious solution.

Jeffrey Eugenides opens his recent novel The Marriage Plot which takes place in the early 1980s with his heroine Madeline waking up on her graduation day from Brown University. She’s hung over, her parents are banging on the door, and she thinks to herself that she’s “screwed up in matters of the heart.” We quickly learn that she feels duty-bound to make an impossible decision. Either she’s going to run away with the seductive but mentally unbalanced Leonard, or settle down with the boring Mitchell whom she knows is a “smart, sane, parent-pleasing” suitor who truly believes she’s destined to marry him.

In barely ten opening pages, Eugenides has plunged us into Madeline’s world of dire necessity without a clue as to what she’ll do next. We readers, on the other hand, have no choice. We’ve got to keep reading.

An author can capture a reader’s attention by creating a charismatic personality whom the reader immediately cares about. As the author, you can tell us whatever weird, funny, desperate, destructive thoughts your character is having. You can put impulsive, savage, or incredibly romantic words in her mouth. You can add crucial details to her actions, environments, or responses from other characters.

For example, in Wild, Cheryl Strayed’s non-fiction memoir and #1 NYTimes bestseller, the first sentence reads “The trees were tall, but I was taller,” as she stands on a steep mountain slope in northern California after her hiking boot has skittered accidentally over the edge, lost forever. In a moment of abandon she tosses the mate over too.

She’s 26 years old, alone, “a stray…at loose in the world…I’d been pitching myself over the edge too.” She tells us how, as a former high school cheerleader and homecoming queen, she went off to college and became a left-wing feminist campus radical. Now she’s barefoot and forced to struggle on up the 2,663 miles long Pacific Crest Trail, from the Mexican to Canadian border.

Strayed tells us she’s doing this to save herself and inexorably draws us into the daily mystery of will she survive and if so, will she be any better off for it. She sets this stage in the first three pages.

Here’s another example, with a very different kind of character.

Pharmacy, the first story in Elizabeth Strout’s Pulitzer Prize winning collection Olive Kitteredge, opens as Olive’s husband Henry puts on his white lab coat in his modest drug store and begins a morning ritual that animates the mundane objects on his shelves – from vitamins to enema pumps — with anthropomorphic comfort that helps him deny “any kind of unpleasantness” between him and his wife who “often left their bed to wander through their home in the night’s dark hours.”

In her first two paragraphs, Strout’s description of Henry establishes his vulnerable but appealing insecurity, yearning, loss, loneliness, and grief that carries us through not only Pharmacy but every one of the book’s subsequent linked stories.

4. Set off an explosive action

Big bang openings have been traditionally associated with classic thrillers and mysteries. But who can resist a page-turning dynamite action opening in any kind of book? Explosive action has inspired memorable first pages from Tolstoy’s Anna Karenina with the Oblonsky household in confusion and upheaval to Nicholas Spark’s NY Times #1 bestselling love story The Longest Ride, with its 91-year-old hero driving off the road in a blinding snowstorm, then crashing into a tree half way down the steep embankment.

I worked with Clive Cussler on his bestselling thriller Night Probe, crafting a breathtaking opening that takes place 70 years before the book’s contemporary story actually begins. A 118 ton locomotive and its long string of Pullman cars with 100 passengers aboard is derailed and plunges deep into the icy waters of the Hudson River. The horrific carnage and coiled snakes of plot lines springing open from this moment in time propels the reader onward to the present and an increasingly complex maze of characters with apparently separate but ultimately interwoven stories.

Remember to do this!

Savvy authors know they can always benefit from a second set of experienced and objective eyes. I’m biased of course, but the investment in a developmental editor to work with you on the opening can make or break the success of the entire story.

Sometimes the process of developmental editing requires going through the entire draft to find that instant in time which changes everything, or the critical choice, or a character’s first appearance or that explosive action — or a different compelling opening. As with Claude Brown’s Manchild in the Promised Land, above, finding such a buried moment can be like a treasure hunt, and moving it to the opening pages can provide a stronger way to start. On other occasions, I’ve seen an opening become more forceful by adding a new detail, a carefully chosen action or word that brings the opening alive and escalates its meaning.

I frequently consult with writers before their first draft is completed, which can save time and avoid false starts. I recommend a step-by-step outline of the opening moment before you start writing, plus three or four scenes for the rest of the first chapter, then the second chapter, and so on until the end of the book. This outline may change down the road, but resist jumping into that first draft until you’ve nailed down at least the first few chapters, and the ending too. It’s good to have a destination.

How did you start your story? Are you satisfied that your opening grabs your readers and doesn’t let go? What kind of feedback are you getting? Send us a note with your experience and advice for fellow writers.

I’ll watch here in comments for any questions.

Welcome readers.  Let me introduce myself and offer up some credentials for the opinions, perspectives and insights in this blog. In nearly … END_OF_DOCUMENT_TOKEN_TO_BE_REPLACED