Different writers have different ways of maintaining an income while they are writing their latest book. Some write part-time and have a day job to help pay the bills, others have invested in things like Crypto Engine and are able to survive off a passive income, and others are able to be paid by publishers while they are working. But what role can Kickstarter play for aspiring authors?

Kickstarter, the global crowdfunding platform that launched just seven years ago in Brooklyn, has helped authors and book people raise more than $100 million for publishing projects.

That’s an astonishing amount of money given the general attrition and difficulties in traditional publishing these days.

“This outpouring of support for the inspired ideas of creators committed to writing, storytelling, and culture is incredible,” says Kickstarter’s Margot Atwell. “And the projects funded reflect the breadth and diversity of writers, readers, and storytellers around the world.”

Take a look at these exciting examples.

A book that inspires girls to dream big 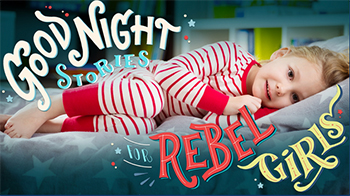 The two authors of Good Night Stories for Rebel Girls, Elena Favilli and Francesca Cavallo, describe their project as a children’s book that reinvents fairy tales to inspire girls with bedtime stories about the lives of 100 extraordinary women from the past and the present, illustrated by women artists from across the globe.

The project’s Kickstarter campaign has been a spectacular success. What began as an effort to raise $40,000 to print the first 1,000 copies, get an ISBN, hire an editor and pay the artists morphed into something far more expansive. In all, 13,454 backers pledged $675,614, allowing the authors to realize their own bigger dreams.

“Every copy of the book will now come with a Rebel Girls Poster, a Rebel Girls Tattoo Pack, and an audio book,” the authors wrote on their Kickstarter project page. “We will also gift 400 copies to Read to a Child, an amazing nonprofit organization that inspires caring adults to read aloud to at-risk children.”

In addition, the authors announced there was enough money to fly to Rwanda in January 2017 to take part in a week of workshops for children and grownups about female leadership. “We are partnering with The Art House Rwanda, a local collective of artists based in Kigali, the capital of Rwanda and one of the most vibrant cities in East Africa.”

The book is shipping now, in time for the holidays. Well done.

A book that explains Darwin to kids of all ages 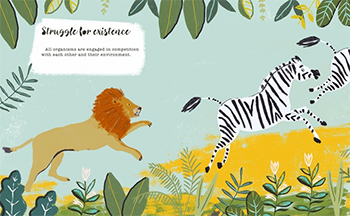 Sabina Radeva, a British student illustrator with two small children and a background in molecular biology, was excited about a project she’d started, an illustrated version of Darwin’s On the Origin of the Species. She envisioned the book as a fresh and enjoyable way to introduce kids to science.

After creating a small prototype with a cover image and a few spreads, Radeva realized she needed to raise money to finish the project and decided that about $2,400 would cover the expenses of hiring a writer to adapt the text, for printing costs, and for “countless cups of coffee.” She launched a campaign on Kickstarter.

It turned out people were utterly charmed with Radeva’s ideas and drawings. Ultimately 1,300 backers pledged a whopping $62,545.

The extra funding will help her increase the scale and quality of the book and produce an animated video, lesson plans, activity books and selected illustrations from the book in a separate larger format.

Michael J. Sullivan thought it would take the duration of his campaign to raise $26,000 to pay for printing hardcover library copies of his newest book, The Death of Dulgath. Instead he reached that goal in just two days. Two days!

It helped that Sullivan was a seasoned author of 29 novels, with an established following. His book was a Kickstarter staff pick and featured publishing project. And he’s well versed in the Kickstarter method of creating enticements and rewards for his supporters, which can be seen on his project pages.

In the end 1,750 backers pledged nearly three times his original goal for a grand total of $73,163. The extra funds paid for a trade paperback printing, a related graphic novel, maps, posters and other items.

How to win on Kickstarter

More than a million people from around the globe have supported 30,000 publishing projects on Kickstarter, helping nearly 10,000 of them come to fruition, according to Kickstarter’s stats. Businesses or individuals looking for funding for their projects or just to grow their operations may want to look towards alternatives like crowdfunding loans. If this is an appealing prospect, check out this guide to crowdfunding loans.

Among these book project launches, more than 8,000 have come from fiction writers, 7,000 from non-fiction authors, 5,000 children’s book authors, 1,000 poets, and many more. Anthologies have been strong, with successful launches for books like Fresh Romance, a romance comics anthology, and Gigantic Worlds, an anthology of sci-fi flash fiction.

That said, the numbers show that for every successfully funded publishing project, more than two others go begging. Not everyone will be able to hit the big numbers, and not everyone will become like a Marvel comic publisher from Kickstarter (click here for more about them). Still, that doesn’t mean you shouldn’t try.

To tip the scales in your favor, follow Kickstarter’s blueprint to building a winning campaign. Check out their Creator Handbook, packed with great advice for telling your story, budgeting, and promoting your project. There’s no shortage of resources on the site if you need support as you go, and you can also look on sites like Extras for extra help! Those looking to make better budgeting tarter-funded hits

“Authors are launching projects on Kickstarter that later receive wider distribution through traditional publishers,” notes Atwell. Examples include Hello Ruby, which was picked up by Macmillan, Wollstonecraft by Random House Kids, and All Black Cats Are Not Alike by Chronicle Books.

And now a word from your sponsor

Here’s a writer who realized she wasn’t going to find an agent unless she delivered a polished manuscript. In little more than a month, 76 backers pledged $5,456 so she could get some help. That was in 2011.

On her project page she writes, “Thanks to Kickstarter supporters, I hired an editor, learned to be a better writer, & signed w/ a literary agent who sold two of my manuscripts.”

Some of my own author clients have successfully launched campaigns to raise funds for developmental editing. I’m biased, but what a great idea!

Any experience with crowdfunding? Please pass on tips to fellow writers here in comments.

Welcome readers.  Let me introduce myself and offer up some credentials for the opinions, perspectives and insights in this blog. In nearly … END_OF_DOCUMENT_TOKEN_TO_BE_REPLACED