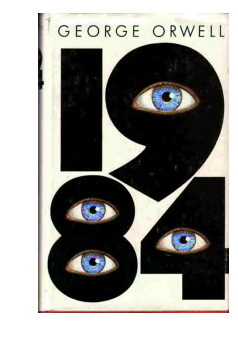 The classic dystopian novel 1984, George Orwell’s story about a futuristic totalitarian state, has been in the midst of a spontaneous sales explosion, catapulting to the top of bestseller lists at Amazon, the New York Times and independent retailers.

In 1946, three years before 1984 was published, George Orwell wrote an essay called Politics and the English Language. In the article, published in the journal Horizon, Orwell explained how political language is “designed to make lies sound truthful and murder respectable, and to give an appearance of solidity to pure wind.”

Orwell went on to say that political language was “necessarily vague or meaningless because it was intended to hide the truth rather than express it.” Instead, he urged writers to use “concreteness, clarity and individuality over political conformity”. He clearly felt an urgency to provide specific advice about this, fearing that otherwise the forces of newspeak would smother and defeat the truth forever.

Here are a few of the rules he claimed would defend against these dark forces. How? By encouraging better, clearer, writing that would compel more readers to take steps and defend their liberty against the reality of criminal dictatorship in their time. So excuse the somewhat humorous approach to this problem, but as worst-case examples of what Orwell opposed in political language, I’ll use a few from our very own president-for-now, Donald Trump. 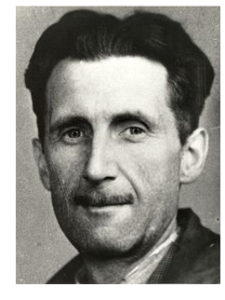 • Never use a metaphor, simile, or other figure of speech that has become meaningless with overuse.

Orwell described these as dying metaphors, and gave the examples of Achilles heel, “¨swan song and hotbed. He said they’d been twisted far from their original meeting and were used as weapons of deceit.

An example of an overused metaphor we’re hearing lately is the expression witch-hunt, as in “I’m the target of the single greatest witch-hunt in American political history!”

• Never use a long word where a short one will do

Definitely! Long words can be false fronts, cardboard cutouts to hide the writer’s real intentions — like “anti-establishment” or “incompetence”.

• If it’s possible to cut a word out, always cut it out

• Never use the passive voice where you can use the active

The passive voice is usually flat, lifeless, too ornate and academic, and puts readers to sleep.

• Never use a foreign phrase, a scientific word, or jargon if you can think of an everyday English equivalent

If you’re worried about the future of this country and want to do something about it, take action by using your passion and skill as a writer. Build on whatever platform you have and write something, anything, from a letter to the editor, to an op-ed piece in your local media — print or online. Write a post, if you have a blog. Start a non-fiction political book or memoir or novel.

Writers write. It’s their greatest tool, their most powerful weapon. If you’re an aspiring writer or if you have to submit a thesis paper or something similar, look for a student college research guide to help you out in the process. Once you’re familiar with the basics, writing could be a piece of cake.

Some great words of inspiration

Here’s some final inspiration from another great writer, this one alive and full of spit.

Toni Morrison recently said, “This is precisely the time when artists go to work. There is no time for despair, no place for self-pity, no need for silence, no room for fear. We speak, we write, we do language. That is how civilizations heal.”

We welcome comments and opinions, so don’t hesitate to write us.

Welcome readers.  Let me introduce myself and offer up some credentials for the opinions, perspectives and insights in this blog. In nearly … END_OF_DOCUMENT_TOKEN_TO_BE_REPLACED