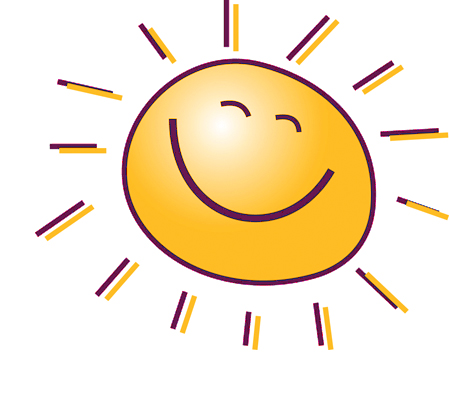 This is the best time ever to be a writer.

Especially for those in the vanguard: the self-publishing writers at the cutting edge of the brave new turbulent world of literary art and commerce.

Authors are steering the ship

What’s emerging is a new paradigm. That was the message loud and clear at Book Expo, the publishing industry’s behemoth annual convention, held recently in New York.

The advent of digital writing and publishing and the spontaneous democratic practice of social networking has in fact revolutionized the book business, challenged and changed how books are written and published irrevocably and forever, and shifted the balance of power from the commercial book publishers to the author.

Yes, you. The authors. The iconoclastic, idiosyncratic, garrulous, shy, outgoing, charming or grouchy writers working at home, courageously facing the blank screen or typewriter paper or yellow pad, getting up early before work or when the kids are still sleeping, up in the attic, down in the basement – you writers now have the upper hand.

Here’s why: Book publishers have been very slow to realize this but gradually began to admit that they really didn’t know all that well what they’re doing.

Seriously. They don’t. And they know it. Did you know that nearly all published books – conservative estimates range between 80-90 percent – lose money? These books don’t earn out their advances, don’t have second printings, they sell in the low four digits at best, are returned from the retail accounts and pulped or recycled.

The rest have to make up for it, and often don’t. What kind of a business is that?

So as book publishers have begun to admit to themselves and even publicly that they can’t really predict what will sell or not, they’ve also realized that the old methods of selling, of marketing a book have stopped working.

That $50K space ad in the New York Times? Forget it. It’s only for the author’s mother. The twenty-city bookstore tour with first class airplanes, limousines, and hotel suites? A waste of money.

Not even an appearance on the Today Show can guarantee more than a brief spike in sales. And Oprah, bless her heart, isn’t around anymore to guarantee sales for the very small number of titles she once had as her book club picks.

The old ways don’t work, and smart people in book publishing know that and say it openly now.

It’s all about buzz

What works, all agree, is the creation of “buzz”, one person telling another, “Hey you have to read this!”

This is where you, the author, come in. What creates buzz is when the author connects directly with the reader. Readers don’t care who published the book; they want a relationship with the author.

Authors today can reach their market without an intermediary. Not through the publisher, not through advertising or the mass media. Authors now have the technology to connect directly with interest groups, book bloggers, websites, to use Facebook, Twitter, YouTube, and other social networking channels to reach precisely the readers who might be interested in knowing about their work, whether it’s fiction or non-fiction, whether it’s an ambitious literary novel or genre romance, sci-fi and mystery, paranormal or super-wholesome faith-based inspirational stories. They can also use free resources like this free alternative to linktree to help them boost their online growth. Authors have more power than ever.

You can connect with these readers through the new art of self-marketing which has its own etiquette and best practices, which does require time and effort, but which can be done powerfully and effectively without every leaving the house, while still in your pajamas.

For years publishers have preached “platform, platform, platform” but now they realize that this platform is not built only on media or celebrity status, but most importantly on the author’s ability to reach readers and create visibility and connection online.

If you intend on using the internet to build your brand, it is vital that you take measures to protect yourself online. Some writers find that using a VPN (virtual private network) gives them the peace of mind that their internet connection is secure and less easy for hackers to target. Want to find out more about the importance of online privacy and security? Take a look at these popular vpns.

Why more authors are self-publishing

So now publishers expect all authors they acquire to be the bedrock of the work’s marketing plans. It’s often in the contract: the author must be available, willing to spend time and energy, willing to figure out the skills of self-marketing.

As an author, your main priority is the writing. Not trying to find marketing tactics, such as personalised merchandise created by Promotion Choice. And that’s why more authors are asking: If publishers don’t know what they’re doing and rely on the author to sell their own books, why should authors endure the long, frustrating, seemingly impossible job of finding a literary agent and selling your book to a commercial book publisher?

And more are saying: “Hey I’m tired of running up against brick walls. The book business is an impenetrable fortress. I can’t get anyone to pay attention to me. No one returns my call or answers my query letters. Months are passing and I’m getting nowhere.”

Meanwhile we’ve all read about Amanda Hocking, The Shack (ten million copies sold), Chicken Soup for the Soul, John Locke, Stephanie McAfee (Diary of a Mad Fat Girl), Bella Andre, and the phenomenal success of Joe Konrath and his many self-published titles.

That’s why more authors are diving into self-publishing.

The myth versus the reality of doing it yourself

Self-publishing has become the tsunami, the 9.6 earthquake, the paradigm shift of the literary world, overwhelming book publishing with more titles published by authors than by mainstream publishers in the year 2010.

So now let’s take a good look at what self-publishing is and what it isn’t.

Self-publishing has become the most powerful and effective device for test marketing your book around. If you can sell five thousand books or more on your own, you can prove there’s a market for your book and you know how to reach it, whether it’s through the media, social networking, back-of-the-room sales, whatever.

Conversion from self-publishing to mainstream commercial publishing is becoming more common, frequent, and normal – IF that’s what you want.

Many self-published authors, however, don’t want to convert. They want to control everything themselves: the content, design, marketing of their book and most importantly the division of royalties, since instead of the 10-15 percent of list price publishers pay, an author can receive 70 percent or more of list price and make a lot more money. Do the math. But be sure to read the fine print, since there may be strange restrictions and adjustments in the boilerplate of agreements reached with any vendor, agent, or publisher.

There’s a lot of experimenting going on with lower-pricing, greater volume, and fluctuating royalty deals, but generally you can make a lot more money self-publishing – if your book sells.

Top agents have begun to represent self-published authors, including such leading lights as Jim Levine, founder and principal of the Levine-Greenberg Agency and Jane Dystel, President of the Dystel and Goderich Literary Management.

They’re representing translation and film rights for these self-published titles, and they’re selling self-published books to traditional publishers, if that’s what the author wants.

Agents are also beginning to help self-publishing authors to get professional outside developmental and copy-editing, a great jacket designer, set up their website and learn how to social network, make a video for YouTube, get on Facebook, and learn how to strategically blog and tweet.

So agents are becoming managers and coaches in the career development of self-published authors. Not all agents, but more and more of the hipper, younger ones who understand how to do this.

#3 It’s easy to succeed as a self-published author

Absolutely not. Here’s why:

You still have to write a good book. No mean feat. Successful writers I know – whether they’re published commercially or self-published – need to write and rewrite their books many times, usually with the support of a developmental editor, not someone who does spelling and punctuation but a creative partner who is able to identify and solve problems with the story, structure, characterization, dialogue, visual description, literary style, pacing, the narrative arc – with a first, second, and third act that engages the reader and reaches some kind of epiphany or denouement that entertains, illuminates and provides emotional satisfaction for the reader. Read here for my advice on finding your own developmental editor.

You need to put as much time and energy as you can on self-marketing. You need to be online with your website, you need to start blogging, tweeting, connecting on Facebook and making short videos for YouTube.

You still have to expand your platform, be visible, let people know about yourself and your book. The old cliché about platform, platform, platform is still true. Ask anyone who’s made it and most will agree. However you do it, if you want readers to know about your book you have to sell it yourself. It’s part of your job. It’s essential for success if you want to be a writer today. There’s no guarantee it will work, but it’s nearly impossible to get readers without it.

Forecast: Mostly sunny with a chance of rain

Self-publishing offers more control, an accelerated approach to the market, and a much greater share of the profits. But beyond the myth, our reality is that it’s just as hard as ever to write a good book that generates and sustains the buzz, a book that people want to tell their friends about, a book that produces major sales.

That part is as hard as ever. But it’s still the best time ever to be a writer, don’t you agree?

Welcome readers.  Let me introduce myself and offer up some credentials for the opinions, perspectives and insights in this blog. In nearly … END_OF_DOCUMENT_TOKEN_TO_BE_REPLACED