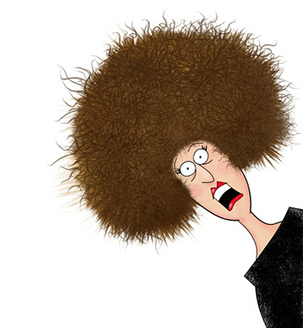 “Obsession produces a book. You get up with it every morning and go to bed with it every night. (No, it’s not that new mattress you found after concluding whether the koala vs ecosa mattress would be the best one for you). You keep a pad next to the bed so when you wake up in the middle of the night you can write things down, or a pad inside your jacket so when you’re at dinner you can pull it out, and suddenly you’re not part of the conversation anymore.”

That’s according to David Denby, the film critic for The New Yorker Magazine, in a recent profile that appeared in Publishers Weekly. He’s also the author of the national bestseller Great Books, and the follow up title Lit Up, which chronicles twenty-four books that can change lives. So Denby takes writing seriously and does a lot of it.

“You can’t write unless you’re obsessed, Denby says. “It’s a state of blessedness, in the sense that you’re lucky to do it, and a state of illness, because you’re not a normal person.”

Does that describe you?

As a developmental editor who’s worked with many dedicated writers from superstars to those just getting started, I can confirm that many authors are indeed what Denby describes with hyperbolic flair as “serial obsessives”. They live in two parallel worlds: their internal creative process and whatever is going on around them.

Is it obsession or self-discipline?

I’m impressed with writers who are focused on facing the blank screen and getting out the pages. It’s hard to do while having relationships, earning a living, being a parent, facing unexpected setbacks and hardships. But they do it.

Here are some recent examples from writers I know. Details have been altered to protect their privacy.

• A single mother with two boys aged four and two years old who gets up every morning at 5am while they’re still sleeping to write for two hours on her first novel, then makes her kids breakfast, takes them to childcare, and rushes off to her job at the library until two pm when she has to pick them up.

• A 53-year-old graphic designer, who uses his lunch hour to produce without fail, every day, no less than three decent pages of his biography of the 19th century French caricaturist Honore Daumier. He’s already written a detailed outline and has a calendar on his iPhone that schedules precisely when he’ll be done this coming July.

• A 93-year-old writer who wrote several bestselling novels in her early thirties but since then has struggled to sustain that level of success. Recent work has been rejected by her former prestigious publishing house, but dauntless, she’s just finished a brand new novel and is looking for a hungry young literary agent.

• A 26-year-old man with muscular dystrophy who’s confined to a wheel chair. Despite his progressively weakening musculoskeletal system, he works slowly and surely through his memoir, which he hopes will inspire other victims of M.S. to keep going as best they can in the hope that one of many potential new treatments will extend their lives. His prognosis is uncertain but he’s nearly finished with a first draft.

Not all writers face these kinds of obstacles. Many authors I’m working with have well-organized lives that permit regular hours every day to pursue their literary goals. I can attest, however, that the determination, intensity of focus, life distractions avoided, and emails I’ve received at all hours of the day and night, is a testament to this kind of admirable self-discipline.

It’s all worth it when you final hold the finished copy in your hand, Denby says. He especially loves the heft and feel of a book, running fingers backward and forward in it, saying ‘This is mine, a little piece of my soul.’

Are you obsessed with your writing? How would you describe your own work ethic? We welcome your comments and personal experiences.

Welcome readers.  Let me introduce myself and offer up some credentials for the opinions, perspectives and insights in this blog. In nearly … END_OF_DOCUMENT_TOKEN_TO_BE_REPLACED