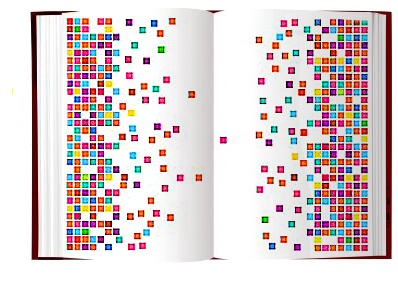 An author builds a narrative with thousands of tiny details.

Even before a reader knows what the book is really about, it’s through the gradual accumulation of these crucial moments, objects, movements, sounds, smells and touches that the power and meaning of the story emerges.

As an editor working with authors on novels, memoirs, short stories and narrative non-fiction, I often see early drafts that try to describe how the characters are feeling or explain what the story is about and how the reader is supposed to react to it. This approach creates a filter that clouds and ultimately obliterates the reality of what’s happening.

What I try to help the author do instead, is select the creative details that put the reader at the center of the each moment, so they can see, hear, and smell the landscape of the character’s experience.

Let’s take a look at a couple of illuminating examples from two stellar authors.

Toni Morrison’s brilliant first novel The Bluest Eye draws us into the world of Claudia MacTee, a nine-year-old black girl living in Lorain, Ohio in 1941. In this scene, her older sister Frieda brings a snack to their new roomer Pecola:

“Frieda brought her four graham crackers on a saucer and some milk in a blue-and-white Shirley Temple cup. She was a long time with the milk, and gazed fondly at the silhouette of Shirley Temple’s dimpled face. Frieda and she had a loving conversation about how cu-ute Shirley Temple was. I couldn’t join them in their adoration because I hated Shirley. Not because she was cute, but because she danced with Bojangles, who was my friend, my uncle, my daddy, and who ought to have been soft-shoeing it and chuckling with me. Instead he was enjoying, sharing, giving a lovely dance thing with one of those little white girls whose socks never slid down under their heels. So I said, “I like Jane Withers.”

They gave me a puzzled look, decided I was incomprehensible, and continued their reminiscing about old squint-eyed Shirley.”

Those concrete little details – the cup, the dimples, the socks, the fond gazing, the squinty eyes – show us Claudia’s deepest feelings. We get it, in a way we never would if Morrison delivered instead a tedious lecture about a child who felt rejected because of her black skin.

In Hunger Games, author Suzanne Collins creates a powerful sense of her character Katniss Everdeen’s vigilance and dread as she prepares for her fight to the death on live TV:

“I swing my legs off the bed and slide into my hunting boots. Supple leather that has molded to my feet. I pull on trousers, a shirt, tuck my long dark braid up into a cap, and grab my forage bag. On the table, under a wooden bowl to protect it from hungry rats and cats alike, sits a perfect little goat cheese wrapped in basil leaves…I put the cheese carefully in my pocket as I slip outside.

Our part of District 12, nicknamed the Seam, is usually crawling with coal miners heading out to the morning shift at this hour. Men and women with hunched shoulders, swollen knuckles, many who have long since stopped trying to scrub the coal dust out of their broken nails, the lines of their sunken faces. But today the black cinder streets are empty. Shutters on the squat gray houses are closed.”

She reaches “a high chain-link fence topped with barbed-wire loops…flatten out on my belly and slide under… As soon as I’m in the trees I retrieve a bow and sheath of arrows from a hollow log.”

Wow. And that’s just from a few paragraphs of a book that went on to become a huge bestseller and hit movie.

What we love about reading stories is experiencing these kinds of details through the eyes of one of the characters and gradually associating them with the protagonist’s feelings and perceptions. For instance, when the author talks about the hunting boots, he may be describing the comfort level by mentioning the quality of the leather. The details can be small physical actions, they can be distinctly observed and utilized objects, or quoted dialogue, or apparent distractions, or can be natural or unnatural intrusions.

The author creates a series of moments, small dots drawn not necessarily on a straight line but often an artfully constructed zigzag that creates an inside sense of the characters thoughts and feelings without telling or explaining what they are but instead showing us, painting the actual landscape of the their hidden emotions.

Here are some techniques for creating effective details when building your narrative, whether you’re writing in first person or third:

Imagine your characters moving through each scene from their point of view. See through their eyes. Consider what they might be feeling, given their problems, conflicts, inner emotions. What do they focus on in their immediate landscape, what are the natural or manmade objects they encounter. Study them. Choose only those that reflect their emotions.

Track your characters in time and space. Now that you know where they are, what do they do? Create actions that demonstrate either directly or obliquely how well they’re able to function. Do they move in a straight line towards a tangible goal? Do they digress, avoid, circle back. How, specifically?

Get familiar with the objects they encounter or utilize. Find them in your own life. Handle them, buy them if necessary. Go to the place, the physical location you imagine them, if possible. Do what they do, so you can get a sense of the tactile experience, the feel, the smell of the scene.

What are your characters hearing? What do they say to themselves or others. Say it out loud and hear how it sounds. Remember that no one speaks exactly like someone else. Delineate your characters and have their words reflect their state of mind: in a hurry, avoiding, deflecting? And remember that written dialogue is not actually everything someone may say in real life, but a dramatic distillation.

Orhan Pamuk, the Turkish winner of the 2006 Nobel Prize in Literature describes the way readers link the details with the emotions of the protagonist in his book The Naïve and the Sentimental Novelist: Understanding What Happens When We Write and Read Novels.

“Once we have begun to read a novel and have worked our way into it, we do not see a certain type of landscape; on the contrary, we instinctively try to determine where we are in the vast forest of moments and details.

But when we encounter the individual trees – the discrete moments and sentences that make up the novel – we want to see not only the events, the flow, and the drama, but also the visual correlative of that moment. The novel thus appears in our mind as a real, three-dimensional, convincing world. Then, rather than perceiving divisions between the events and the objects, the drama and the landscape, we sense an overarching unity, just as in life.”

I highly recommend this wonderful book for all writers.

Pamuk recently opened a museum in Istanbul based on his novel The Museum of Innocence. It has 83 display cases, one for every chapter in the book, containing such things as 4,213 cigarette butts, each supposedly touched by Fusun, the object of the narrator’s obsessive love. There’s an earring that has fallen off as the hero is biting his lover’s ear, plus a tricycle, dozens of ceramic dogs, an electric shaver, a can opener, a carving knife, old clocks, film clips, soda bottles and clothing of the era worn by the characters. The author wrote these details in his novel and has now actually assembled them to display as the building blocks of his characters and their story.

How do you use details to build character and story? We look forward to hearing your comments and examples.

Welcome readers.  Let me introduce myself and offer up some credentials for the opinions, perspectives and insights in this blog. In nearly … END_OF_DOCUMENT_TOKEN_TO_BE_REPLACED